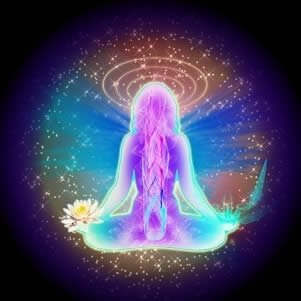 In this articles we will discuss how psychics become clairvoyant and how you can find a truly gifted San Diego psychic. Some people are born highly intuitive, other people consciously develop their abilities, and some psychics have major life experiences that reveal their abilities.

Many psychics are born with the ability. You may wonder why one person is born with great psychic intuition while another person is not. It all has to do with the opening of a person’s sixth chakra, or what is often referred to as the “third eye.” This is the point in the human form, specifically the energy body, which allows a person to perceive reality beyond the limitations of the physical senses. Most people have not opened the sixth chakra sufficiently and are only aware of the physical objects, in the external world, or their own internal thoughts and feelings.

There are ways to develop your psychic abilities. There are training programs offered to help people become more intuitive. After being taught how to be more intuitive people often become professional psychics, as a way of making a living. If done properly than they gain a skill that could be used in their personal or spiritual life.

Many psychics were not born intuitive and did not try to purposefully develop their abilities. Instead through a traumatic life event their latent psychic abilities came to the forefront. Some of the life experiences which trigger this psychic opening are an accident, an illness, or the death of a loved one.

Now that you have some background about how people acquire their psychic abilities you will be better able to find a qualified psychic in San Diego. Before scheduling a reading make a point of asking a psychic questions such as: How did you acquire your psychic abilities? How are you able to perceive what is happening in my life and what may happen in the future?